Will webApps ever replace nativeApps in Smartphones?

WebApps are great for a lot of things such as availability, simplicity, portability, and cross-platform support, but they also have issues like performance and local hardware integration. It will take quite a while before web apps can truly replace native/desktop applications, but I have no doubt that it's just a matter of time. Web browsers are moving towards operating systems models that will have increasingly more power to create better and better web experiences.

FirefoxOS is one step in this direction. Firefox OS is a new open-source operating system for smartphones and tablets from Mozilla. The main objective of this move is to make the Web open and accessible to everyone. An application running in FirefoxOS will be able to run in any other web browser environment. This would take away the monopoly of iOS and AndroidOS. 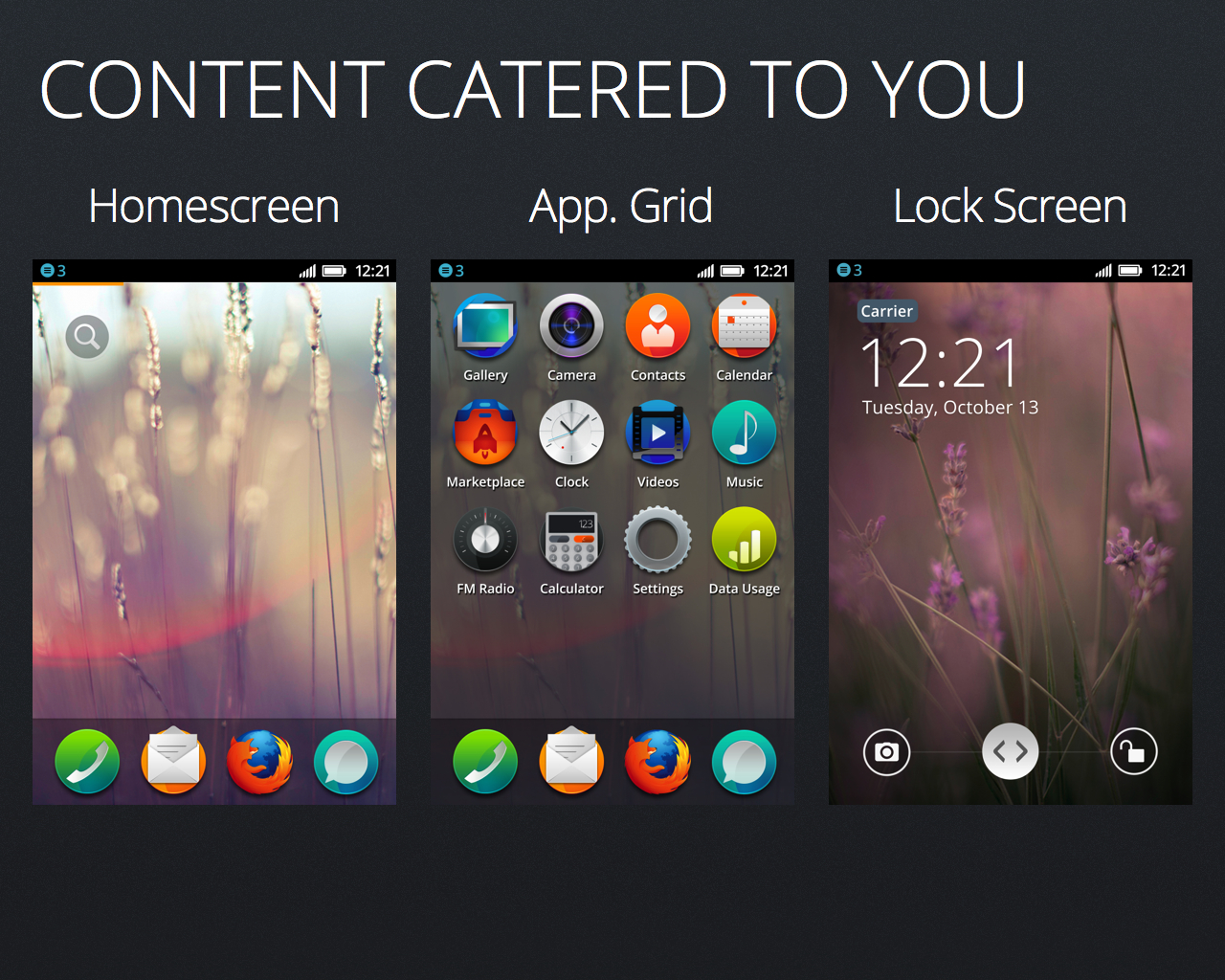 Firefox OS (screenshot above) is a mobile OS based on Linux and Mozilla’s Gecko technology. It is built upon open web standards like HTML5, CSS3, and JavaScript. The main hurdle for these technologies was to communicate with the device's hardware. This hurdle was removed by Mozilla by developing Web APIs to communicate with Phone, Camera, Wifi, Bluetooth, etc. Every app in Firefox OS is a web app including Dialer and Camera.

Even Google Inc, is skeptical about the future; WebApps or NativeApps? That's why Google has two separate teams (Chrome and Android) that are competing with each other rather than collaborating. Chrome OS is focused on web apps and browsers whereas Android OS is focused on native apps. There is no clear answer from Google's management that which of these two philosophies correspond to their strategy. Chrome OS is making inroads and many integrated plug-ins have been built between these two different platforms. So the future of Chrome OS as well as FirefoxOS that is supporting web-based apps which are built using HTML5, CSS, and JavaScript technologies, looks brighter than before.